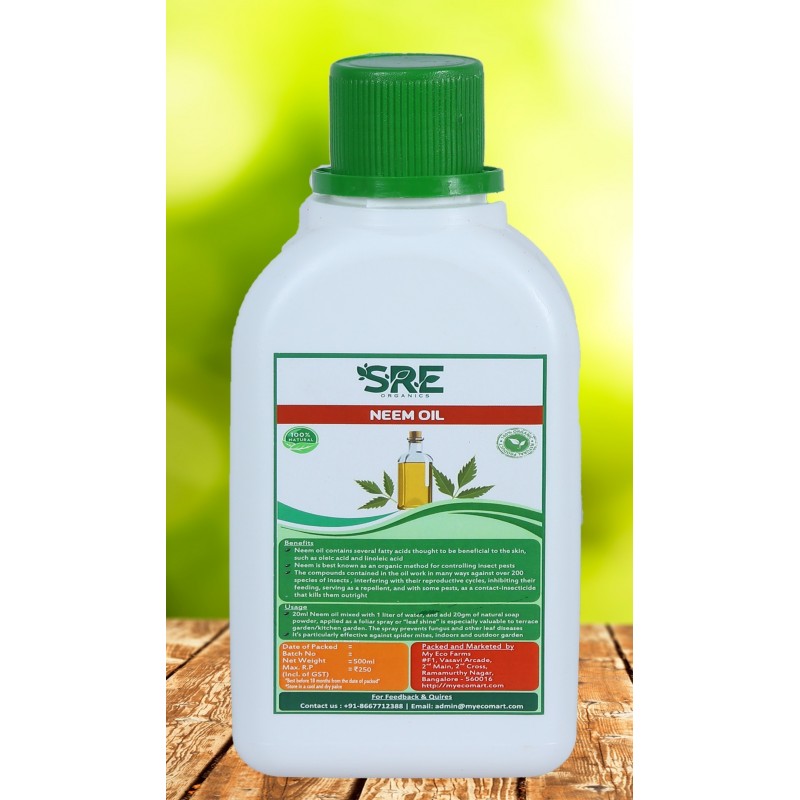 Neem oil is extracted from the seeds of neem tree (Azadirachta indica). For organic farming and medicines, neem oil is used widely.

This product is no longer in stock

Effects of Neem Oil on Pests

Neem oil does not cause any harm to earthworms, butterflies, birds, honeybees and mammals if it is not concentrated directly into their area of habitat or on their food source.

It can be used as a household pesticide for ant, bedbug, cockroach, housefly, sand fly, snail, termite and mosquitoes both as repellent and larvicide. Neem oil also controls black spot, powdery mildew, anthracnose and rust fungi.

Neem oil insecticide works as a systemic in many plants when applied as a soil drench. This means it is absorbed by the plant and distributed throughout the tissue. Once the product is in the plant’s vascular system, insects intake it during feeding. The compound causes insects to reduce or cease feeding, can prevent larvae from maturing, reduces or interrupts mating behavior and, in some cases, the oil coats the breathing holes of insects and kills them.

Be the first to write your review!

8 other products in the same category